With the National Eisteddfod taking place this year on the Isle of Anglesey, we thought we’d share a brief history of the annual event; with availability across the island looking set to fill up soon, we’ve stunning cottages perfect as a base for you to make the most of the Eisteddfod!

An eisteddfod, in Welsh culture, is a festival of literature, music and performance. It is not known exactly when the very first Eisteddfod took place, but it’s thought the tradition could date as far back as the 12th century. You may be interested to know, however, that the public has only been attending Eisteddfod events since 1789! Since then, these events have grown in popularity and today is seen as a real celebration of the Welsh arts.

The most important Eisteddfod in any calendar is, of course, the National Eisteddfod and this year it’s taking place on Anglesey, running from the 4th – 12th August and ‘The Maes’ or site will be held near to the village of Bodedern. With competitions, performances and plenty of trade stalls and with hundreds and thousands of expected visitors, this festival certainly creates a buzz!

The National Eisteddfod is now the largest festival of competitive music and poetry in the whole of Europe and is conducted entirely in the Welsh language. But don’t worry if Welsh is not your native tongue, there will be organised free bilingual guided tours daily which are aimed at new visitors and are a great way to dive head first into some real live Welsh culture.

With numerous trade stands confirmed for the event, The Maes will be home to the pavilion, stands, food village, drama village, literature village and stage. ‘Maes B’ which is classed as the Eisteddfod’s ‘little brother’ is where all the after-dark events take place – here is where you will be treated to late night performances by Welsh language bands.

Luckily for you, we have a whole host of superb cottages right across the island offering the chance to attend the event but also give you the chance to stick around and take in some of the island’s best attractions too. If you have never stayed on the island before we certainly suggest making the most of your trip and fitting in a bit of sightseeing too. Take a look at all of our Anglesey cottages and see where you’ll stay for this year’s National Eisteddfod! 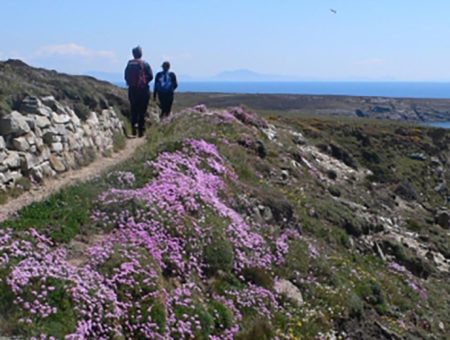 Walk on! The Anglesey Walking Festival