If you’ve not had a chance to pop into Cole & Co. in Beaumaris, be sure to make time when you’re next there. This charming shop sells all manner of beautiful products, but specialises in scented candles, soaps, diffusers – and lots of lovely lotions and potions!  Their truly tempting range is made from only the purest ingredients and essential oils. If the door’s open as you pass, you can’t miss the gorgeous fragrances that lure you in. Once you step inside, you’ll be so glad you did! 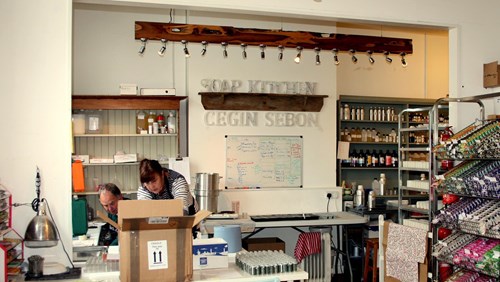 Cole & Co. are a genuine local success story, and one Anglesey is rightly proud of. Almost all of their products are made right here on the island, in their very own Beaumaris workshop! Situated on Little Lane, only a short stroll away from their shops on Castle Street, it’s a fascinating mixture of saucepans, sensational scents, pretty packaging  – and laughter! The workshop is heavenly, not only is the air flooded with amazing aromas, but there are shelves of jewel-coloured soaps everywhere you look, and bottles being filled with luscious liquids right before your eyes!

At one time this premises operated as the shop, with the preparation and production taking place in a small side-room. However, when things really started taking off, it was tuned solely into the ‘factory’, or kitchen area, because of the need for more space. The Cole & Co. shop sells, as well their own products, gifts and other appealing bits and pieces. There’s also a little gallery downstairs selling artwork. 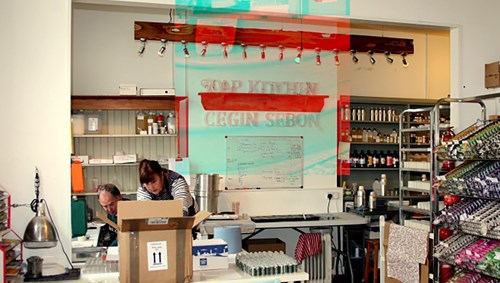 The owners, Liz and Kevin Cole, moved to Anglesey from Cardiff in 1996, because of Kevin’s work. His background is scientific, whilst Liz had worked in various fields including, marketing and education. At one time she was a secondary school languages teacher. Liz says she was looking for something creative she could do, whilst still being a busy Mum, and thus their journey began. She’s said she’d always dreamt of running her own business, and inspiration came from wanting a lovely shop selling pretty things. It was as simple as that. She yearned to open the kind of place SHE would enjoy going into.

They started Cole & Co. in 2000, opened a clothes shop in 2011, then a gift-shop in 2014. A friend’s wedding in Kenya got them interested and involved with importing African items too. They still run the clothing shop: Masai, No 42, Castle Street, Beaumaris. Masai Clothing is a super brand from Denmark. It suits women of all shapes, sizes and ages, and helps creates a casual yet classy look. Have a browse next time you’re in town! The gift shop, now at No 33, Castle Street, is where you’ll find, amongst other things, their full Cole & Co range. It’s clear her good taste is popular, and passion for beautiful pieces shared by customers!

After opening the first shop, which as well as clothes, sold a range of giftware, it soon became apparent that candles, in particular, were selling brilliantly. However, there were often hassles with suppliers, and it was frustrating not having more control over the product. On top of this they were looking at becoming more ‘fair-trade’ and eco-friendly in outlook. They were also keen on supplying more truly ‘Welsh’, or local, brands; something that has become increasingly celebrated over the past few years. These concerns were the ones that galvanised them into having a go at making their own!

With Kevin’s background in science they had solid credentials, but on the whole it was very much a matter of trial and error at the kitchen table! However, once they’d perfected the candle making – they were off – and it wasn’t long before the idea of making soaps occurred as well. The process isn’t too dissimilar, and they knew from their retail experience that soaps sold well. With some invaluable advice, from Alison at Halen Mon/Anglesey Sea Salt (another fabulous local business), they began production. You’ll be delighted to hear that Halen Mon and Cole & Co. combined their wonderful talents, and there are soaps that include the magical ingredient; Anglesey Sea Salt! 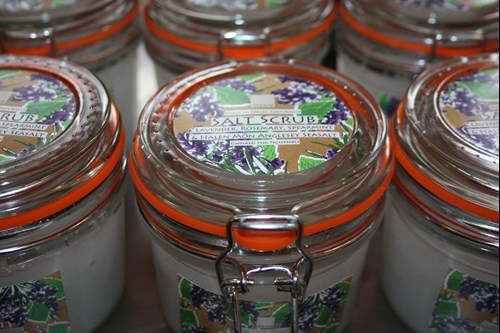 Everything with the Cole & Co. logo (apart from the diffusers) is made by hand, on site, with not an automated system in sight! The workshop still retains that ‘home-made’ and ‘family-run’ feel, and for me, that’s the icing on the (soap) cake! Not only is the merchandise marvellous – but knowing it’s being made by local people, only a hop, skip and a jump away from the store, is a massive plus. They now have 11 part-time members of staff (double what they had when they started),  as well as Liz and Kevin themselves. Add to that their three children, who have been helping out during school holidays for years, and you can see what a budding (or should I say bubbling) enterprise it is! The atmosphere of the operation is one of warmth and energy. Everyone seems to genuinely enjoy their job, and all are wildly passionate about the brand.

I have to admit that I’m a sucker for pretty packaging, and Cole & Co. definitely don’t disappoint! It’s all designed by Ian (their daughter, Hannah’s, partner) who, at only 23, is doing a sensational job! Liz says she only needs to give him the outline of an idea, and he comes up with something fabulous every time! She told me her starting point for their products has always been design-led. She knew the ‘look’ she was going for, and everything else followed on from that.

Kevin was in charge of the method; ingredients, calculations  – and generally making sure they didn’t burn the place down! He’s serious about quality control and methodical about the process. So, between them, with both the creative and logical boxes ticked, they’ve formed the perfect team. Not only as husband and wife and Mum and Dad but as business partners too! Although Hannah’s currently working in John Lewis in Cardiff, they believe she’s the most likely of their 3 children to become more committed to the company in the future – although, they’re all involved to some extent already. The name obviously relates to their surname and was chosen so as to incorporate the whole family.

“We only ever used soy wax to make our candles, but a customer pointed out that a previous candle supplier of ours used paraffin wax and that made us think of only using soy when it came to formulating our own candles.” Soy wax is a sustainable product; it’s made from soybean oil, whereas paraffin candles are made from petroleum oil. As a result, soy wax candles don’t add to the CO2 levels in the atmosphere, plus they don’t require chemicals to scent them. They also burn longer and cleaner, with less soot. Furthermore, the wax doesn’t get as hot, and the scent is much stronger. So, it was a no-brainer, and fitted their ethical outlook to perfection! As Liz commented, “Always listen to your customers –  it really does bear fruit!”

From candles to soaps, it wasn’t long before they added new products to their line, including bottled body and beauty products. When the diffuser company they’d used as a supplier (Monamor) offered them first option when selling-up, they jumped at the chance. This is the only Cole & Co. product not made on site in Beaumaris. It’s marvellous nonetheless! 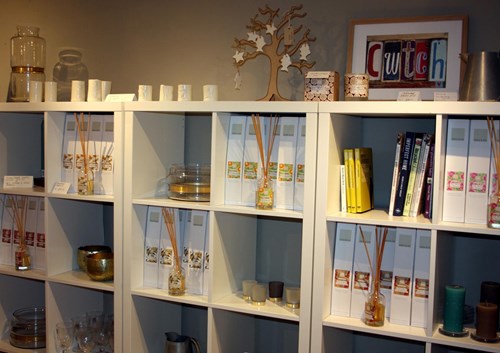 Cole & Co. have gone from strength to strength, with their newest creation being body balms. They’re delectable! They’ve also caught the eye (or noses) of many leading companies, and have moved from making things exclusively for themselves, into wholesaling! They told me it was never the plan, and when they started, nothing could have been further from their minds. It just evolved like that and, as is their way, they went with it!

However, their most impressive accomplishment (to date) is getting on the shelves of Cardiff’s John Lewis! Not only that, they’re online with John Lewis as well – becoming the top-seller of their kind in terms of numbers. What started out as a six-month trial has run and run. Many of these companies have asked for bespoke scents, which Cole & Co. were happy to provide.

If that wasn’t enough, the Welsh Baftas included Cole & Co. products in their goodie bags, as do Ant and Dec’s producers! Plus an up-market dating site used them at their press launch. Oh, and look out for Red Magazine’s July edition, where Cole & Co. will be advertising. This isn’t as easy as it sounds because the publication only endorses sustainable products, and you have to be invited to advertise with them. With lots of things in the pipeline, Liz and Kevin are enthusiastic about the future of Cole & Cole. They say the wholesale side of the business was really helped by the fact they started off in retail, so they understand, first-hand, the needs of their customers. 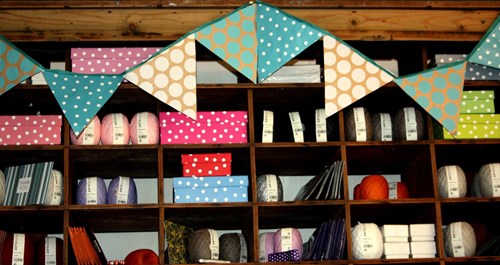 At the moment Liz’s favourite scent is the Lime, Mandarin and Basil, but says it depends on her mood and the season. The same goes for their customers, with their Pomegranate and Fig fragrances selling especially well over the winter months. Other top sellers include, Rose Geranium, Herbal, Floral, and Lavender – but they often get a rush on their simple Sea Salt kitchen soaps too. These can now be bought in pretty as well as the original plain packaging – so as to make them more appealing as gifts. Personally, I love the simplicity of brown paper and string look just as much!

For those of you who let a holiday cottage, why not consider providing their mini (10g) soaps? They’re available in the following fragrances: Pomegranate, Fig & Cassis, Coconut, Herbal Trio, Floral Trio, and  Plain & Simple. They all come wrapped in the unique Cole & Co. paper, and are priced at a very reasonable 42p each (including VAT); there is a minimum order of 60. In addition, they’ve started to provide a range of bubble bath and body lotions etc – available in mini bottles as well as bulk containers. At the moment these items are very much bespoke. If you’re interested get in touch with them for more information. I’m about to make an order myself!

Good luck with the future, Liz, Kevin and the whole Cole & Co. gang. We wish you even more success over the coming years. Anglesey is very proud of you and thrilled you’re doing so well. 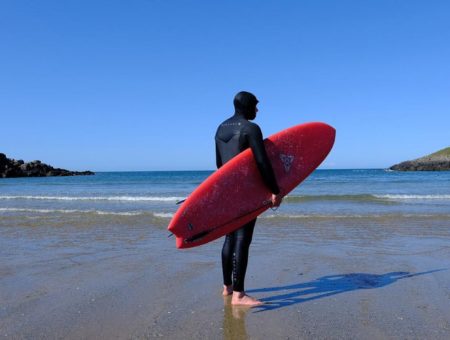 Make a big splash: Have a go at watersports in North Wales Whether you are a confirmed water baby... 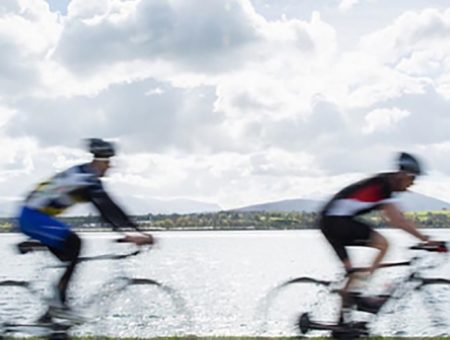 Welcome to North Wales: A Heavenly Place for Cyclists!

Whatever your skill level. However hungry you are for adventure. North Wales has a cycling challenge especially for you.... 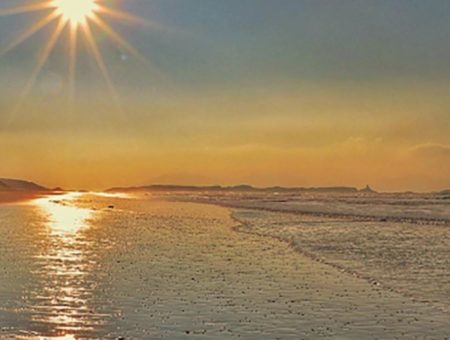 North Wales is the perfect place to enjoy all sorts of adventurous activities from surfing to sailing, climbing to...