A beach walk can harvest all sorts of treasures. As well as the old favourites, here are a few that are a little different, along with suggestions of what to do with your hoard.

A few quick tips before we begin:

The perfect time to head to the beach is at low tide. If the sea hasn’t washed-up enough to capture your imagination, try wading in a short distance, and peer below the shallow water – this can reveal more interesting treasures than calm summer waters – just wait for the waves to calm down first. The beauty of beachcombing is that every day is different. In fact, you could return twice in a 24 hours, and still find new things – try not to ‘over-comb’ the same area.

It is a good idea to check shells to make sure that you’re not taking someone’s ‘home’ – there may be a creature still living in it – unless you’re planning to eat it! Always be respectful to nature and the environment wear shoes – there are lots of sharp things and the odd biting or stinging animal – and most importantly, take a bag or bucket to carry your finds in….

What: Cuttlefish, despite their name, are molluscs. They have unique internal ‘shells’ known as ‘cuttlebones’, and it’s these that we find washed-up around the shore. A cuttlebone is porous – with the pores providing buoyancy. Each one has a distinct shape, size, texture, and pattern of ridges.

When & where: Cuttlefish have short life cycles, most with a 2-year life span. Typically, they spend the winter in deep water, but move into the shallows to breed during spring and summer, with the adults dying soon after – so, this is a good time to look out for them. Being so light, they turn-up just about anywhere.

Inspiration: Jewellers and silversmiths traditionally used them as moulds for casting small objects. However, many of us know them better as the tough material given to caged birds, and even reptiles, as a source of calcium. If using them to feed pets, soak them in clean water for about an hour than wash them thoroughly in warm water, several times.

What: The empty egg case of fish such as skates, and certain species of sharks – including dogfish. Once the fish have hatched the empty cases are discarded and, because they’re so light, often end up drifting ashore. The tendrils on their corners are to assist with anchorage – and snagging.

When & Where: Dogfish are prolific breeders, laying 2 eggs every 5-6 days during the breeding season; between November and July. The young hatch after 5-11 months, meaning purses can be found in rocky coves, or on beaches that have larger tide-lines, especially those with lots of seaweed, where they often get snagged.

Inspiration: Why not use them to decorate your home? They make a lovely arrangement when added to a piece of seaweed, then displayed in a bathroom! Leave them outside for a while to dry out first.

What: Wood that’s been washed onto the shore. It’s a form of marine debris or ‘tidewrack’. As it floats about it can provide shelter and food for sea-creatures, and when it washes ashore it can offer shelter to birds, plants, and other species or become the foundation for sand dunes. There’s a subset of driftwood known as ‘drift-lumber, which includes the remains of man-made wooden objects – things that have been washed into the sea during storms, discarded from shore, lost cargo from ships (jetsam), or the remains of shipwrecks (flotsam). Erosion and wave action usually make it difficult to work out the origin of a particular piece of drift-lumber – but sometimes it’s possible.

When & where: it can be found throughout the year, but you’ll find lots more after big storms, The best places to gather it is in secluded, rocky coves – where it ‘drifts’ in and can get trapped for months, becoming smoothed-out as it’s repeatedly rolled and bounced off cliffs and boulders.

Inspiration: Driftwood can be used in all sorts of arts and crafts projects. Glue it to mirror frames, or make simple shapes and cover them with it. Simply displaying it in a bowl or jug can look fabulous – plus, it looks great in a seaside-themed garden. Only ever take the smooth, clean pieces – and always leave some for the coastal creatures who eat it, or who live underneath. For best results, dry your wood before starting.

What: A salty vegetable from the sea, Marsh Samphire is related to the beet family. Its vibrant green stalks look similar to baby stems of asparagus. In fact, once known as the ‘poor man’s asparagus’ it has grown in popularity in recent years.

When & where: Some of the best Samphire in the UK is found around the North Wales coast. It is at its best between June and September, and free to pick, you may need shoes or boots as it is found on muddy, sandy flats of estuaries, salt marshes and tidal inlets. Search for a carpet of bright green, almost like a mown lawn fro a distance. Pinch or snip off the tops of the younger stems being careful not to uproot the plants.

Inspiration: Wash your harvest thoroughly under running water, removing any tough stems. Enjoy raw or blanched in a summer salad, or my preferred choice, steam or boil briefly as you would asparagus, and serve with butter and black pepper – a great accompaniment to fresh fish or roasted Salt Marsh Lamb….delicious!

What: you’ll notice that many of pieces have frosted texture. After many years of exposure to salt water, glass (which is created by melting together silica, soda ash and limestone) can begin to leach the soda and lime, leaving tiny pits on the surface. As they escape, then react with other elements, small crystals are formed in the pits, giving this cloud appearance. The amount of frosting is a good indicator of age, and it’s also a useful way to tell artificial sea glass from genuine pieces – as the effect is almost impossible to copy.

When & where: Found all year round, but some areas boast a richer bounty than others. Sheltered, rocky bays are your best bet. The original glass (from which it originates), is battered and broken by waves smashing it against rocks, plus constant tossing and tumbling over stones and shingle, eventually smooth the glass into the pebble-like, translucent, jewel-colours treasures we love. Clear, blue and greens ea glass is the most common, but red, orange and yellow are the really rare finds.

Inspiration: It can be used in all sorts of projects such as jewellery making, decorating picture frame and mirror, in mosaics, and can even be used for tiling with. Or just fill a nice jar with sea-glass, it makes a memorable, pretty reminder of your holiday and the seaside if you want to try jewellery making you will need a good quality drill (with a diamond-topped bit), to make holes in your sea-glass – a glue gun is a good idea too.

What: Razor Shells (also known as razor fish, razor clams – and common, or pod, razor-fish) are an edible shellfish, found around the UK coast. They’re so called because they look like old-fashioned cut throat razors.

When & where: The razor shell lives on sandy beaches, using its powerful foot to dig to a safe depth, with its presence revealed by a keyhole-shaped hole in the sand. They grow the most during the summer months, when the weather’s warmer, and food is plentiful. The shells can turn up anywhere along the shore, but sandy beaches are better.

Inspiration: Although a bit of a faff to collect fresh (it involves pouring salt or brine down their ‘burrows’) they do make a tasty treat. Steam them in their shells, with wine, garlic and herbs as you would mussels. Glue the shells to the outside of a jam-jar or glass candle-holder, then wrap with brown string, ribbon or twine – and violá! Pop a candle or tealight in, and you have your very own coastal candelabra. A glue gun is the quickest and easiest way to get them to stay in place, so as not to have to press eachs hell down until the glue dries.

What: The common/blue mussel (Mytilus edulis) is an edible, filter-feeding mollusc found all around the UK’s coasts, sea-lochs, and coastal estuaries.

When & where: You’re sure to see them close to the foreshore, attached to rocks, or even man-made structures such as piers. Mussels are also farmed in the intertidal waters of the Menai Strait; between Anglesey and mainland Wales – where they occur naturally too. Folklore suggests they should only be collected in months with an ‘R’ in them, thus avoiding high summer and warmer waters. The best moment to harvest live mussels is during a low spring tide, when more rocks than usual become exposed. A spring tide has nothing to do with the season, but refers to the tide ‘springing forth’ during a new and full moo. Spring tides happen twice each lunar month year round.

Inspiration: There are all sorts of delicious recipes that revolve around mussels, including paella and Thai curry – but a super one to fall back on is a welsh-take on ‘Moules Mariniére’ – looks impressive, but so simple to make; basically consisting of mussels in cider and cream, with leeks, garlic and parsley. Baked Mussel Mornay is scrummy too – and a real winter-warmer. Just remember – any mussels that don’t close when tapped before cooking, or any that don’t open after cooking, must be discarded.

What: Cockles have been a traditional British seaside snack for years. They were also sold outside pubs by vendors who, in the absence of scales,  used pint glasses to measure them – and they’ve been sold by the pint ever since.

Where & when: Cockles live in sandy, sheltered beaches; the inland-sea between Anglesey and Holy Island, red Wharf Bay and Aber Menai are great spots to find beds of them. They’re collected by raking, or digging them from the sands at low tide. The empty shells, which are heart-shaped when viewed from the end, can be found along most share, but especially in the places they inhabit.

Inspiration: As with mussels, steam them in alcohol, or any base liquid of your choice, then add herbs and spices to flavour. Hey can be tossed into salads, pasta, couscous or noodles, as well as paella and risotto dishes. Don’t be afraid to add them to meat dishes either, they’re very versatile! As for the shells, a simple idea is to fill a glass jar full of them. When placed next to other jars, filled with different shells, they effect can be super – and add a lovely seaside touch to any sideboard or shelf. The shells often get a hold made in them naturally, which is useful for threading. 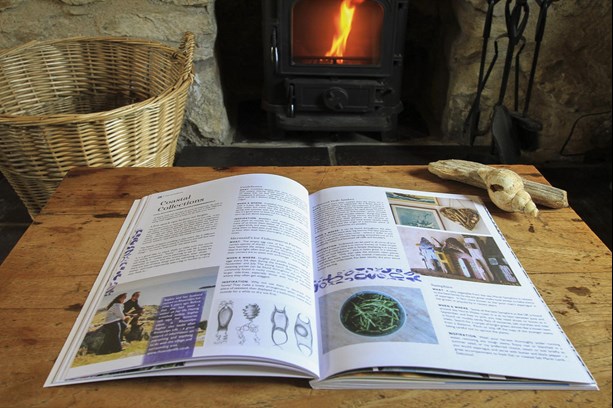 This article was taken from The Handbook Volume 2, find out more about this fantastic publication here – where to find it, or to request your own copy! 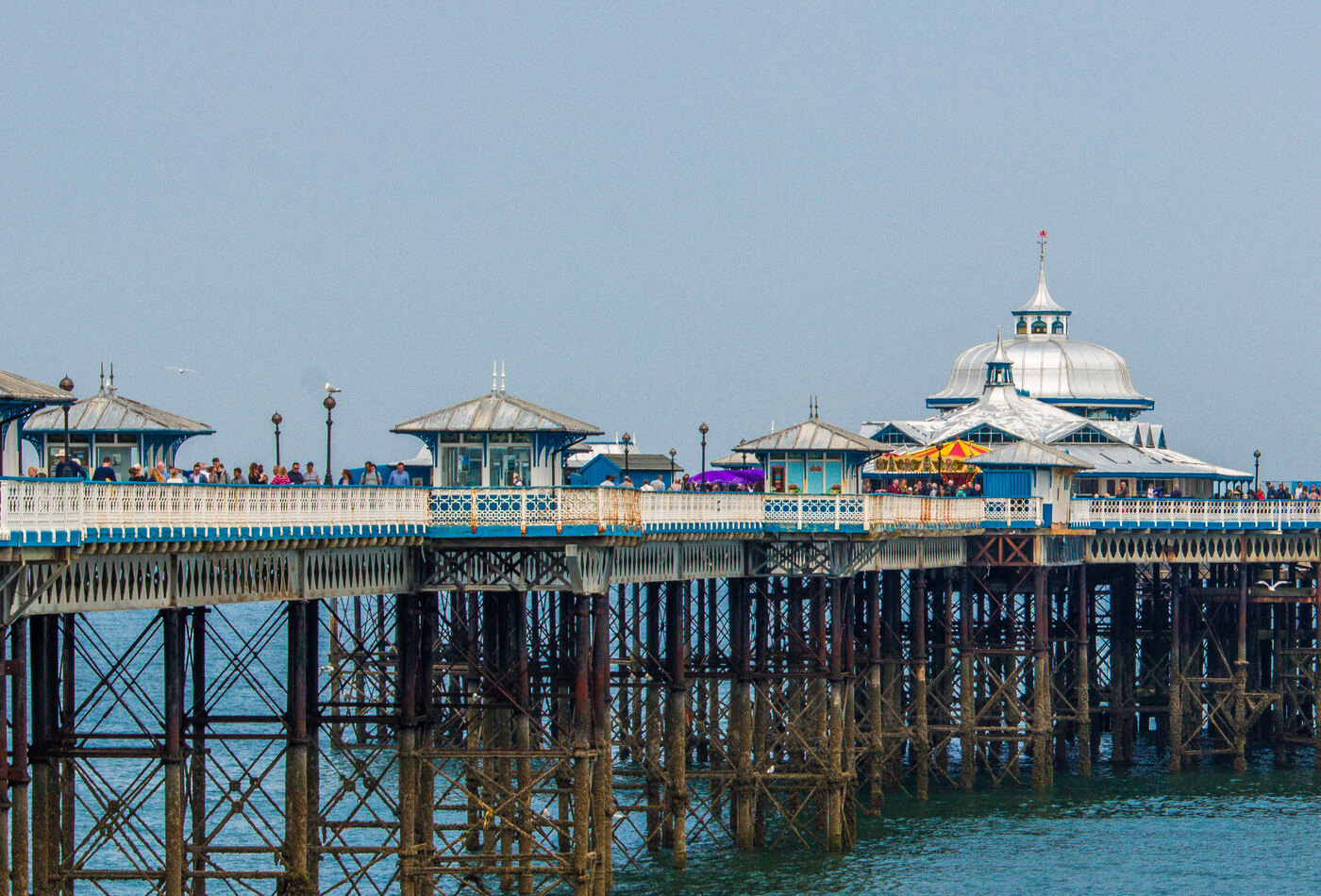 A Guide to the Beaches in Llandudno

Renowned for its iconic headlands, golden sands and fun-filled sights and attractions, it’s easy to see why Llandudno has... 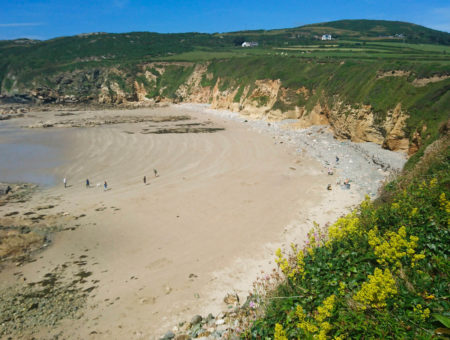 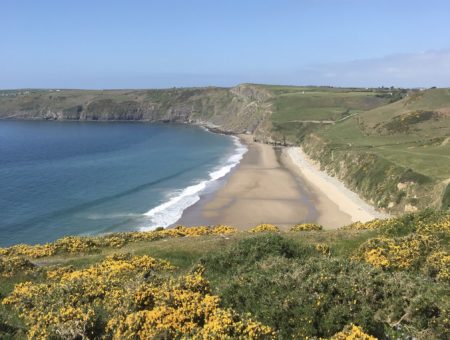 Surf’s up; come and explore some of these Llyn Peninsula Beaches With nearly 100 miles of coastline, beaches abound...