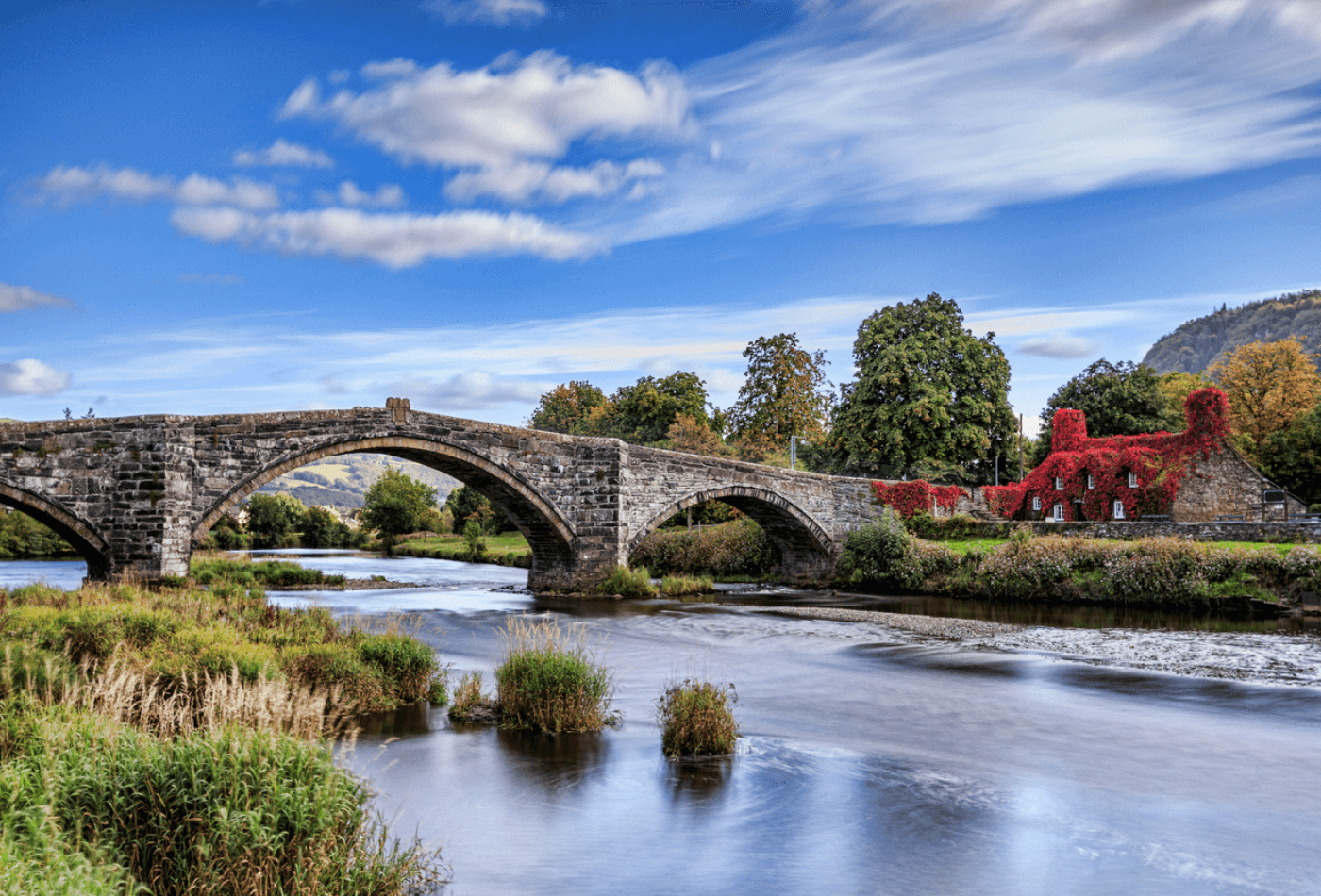 Have you heard these fascinating facts about Snowdonia? As one of the UK’s most interesting national parks, there is a lot to be discovered.

Did you know that Snowdonia is home to the highest mountain in England and Wales? And that 58% of Snowdonia National Park’s population are fluent Welsh speakers?

Read on to discover 9 interesting facts about Snowdonia National Park…

A captivating national park in the heart of North Wales, Snowdonia is the adventure capital of the UK. Home to majestic mountains, idyllic lakes and world-class beaches, Snowdonia National Park is a popular holiday destination for many.

As you explore this captivating region you’ll discover iconic peaks, ancient forests and spectacular scenery. Snowdonia is one of the most beautiful national parks in the UK.

Have you been dreaming of adventure? Snowdonia is the destination for you.

Snowdonia is a mountainous region in North West Wales. The National Park is located in Gwynedd county and Conwy county borough. 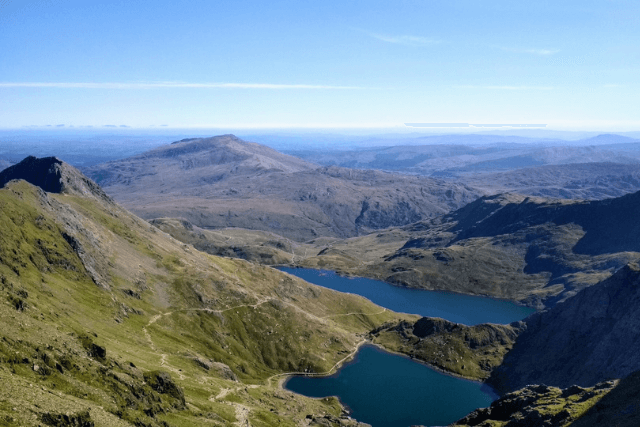 Snowdon (Yr Wyddfa) is the highest mountain in Wales and England, standing at a mighty 1085m tall. It’s an iconic peak and one of Snowdonia’s most visited landmarks. There are six scenic walking routes up Snowdon, varying in difficulty and length.

Want to experience Wales’ highest mountain without the challenging hike? Take the Snowdon Mountain Railway from Llanberis and experience the awe-inspiring views that this mountain has to offer with the whole family.*

*The summit building is closed for the 2022 season with the train reaching ¾ of the way to the summit. The upper mountain track will open as normal for 2023.

2. Wales’ Largest Lake Can Be Found in Snowdonia National Park 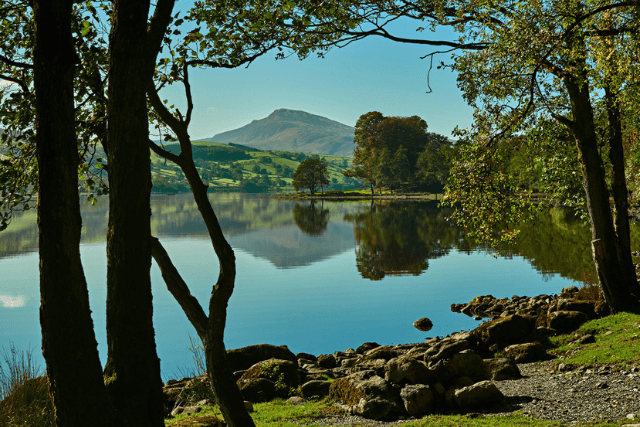 There are over 250 picturesque lakes in Snowdonia, including Wales’s largest lake. Llyn Tegid is four miles long and well over 40m deep.

Like most of Snowdonia’s lakes, Llyn Tegid was formed when a long, deep glacial valley became blocked by Ice Age debris.

3. The Welsh Word for Snowdonia is Eryri 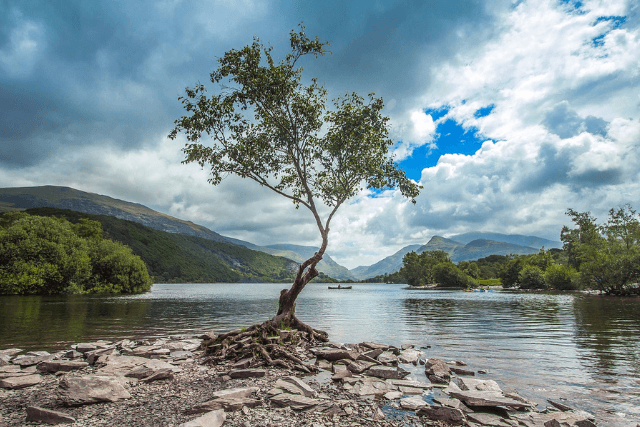 Eryri (pronounced Eh-ruh-ree) had long been thought to refer to the Welsh name for eagle. However, more recently it has also been suggested that the name has Latin origins with the Latin word “Oriri” meaning “to rise”. 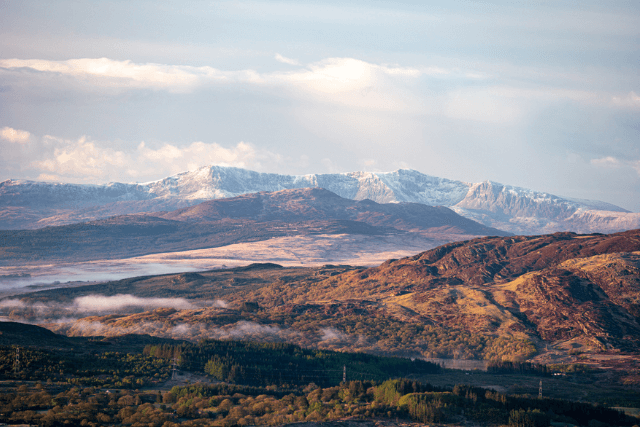 The popular national park is made up of nine different mountain ranges, covering a total of 52% of Snowdonia.

In the north, we have the Carneddau, Glyderau and Snowdon Massif. Within these three ranges, you can find all the peaks in Snowdonia over 3,000 feet tall (all 15 of them!).

Then we have the Moelwynion and Moel Hebog range, located near Blaenau Ffestiniog and Beddgelert. In the south of the park, you’ll find the Rhinogydd, the Cadair Idris Massif, the Aran Fawddwy Range and the Dyfi Hills.

Looking to explore these magnificent peaks? Discover our guide to the best mountains in Snowdonia National Park.

5. Snowdonia Has 1500 Miles of Public Footpaths 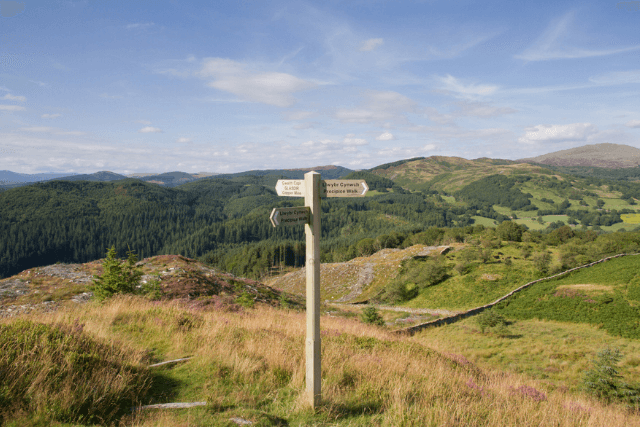 The best way to experience Snowdonia is by foot! Snowdonia National Park is home to almost 1,500 miles of public footpaths.

It’s time to lace up those walking boots and explore these scenic walks in Snowdonia. Or why not hike to one of these gorgeous waterfalls in Snowdonia? There are plenty of walking routes for the whole family to enjoy. 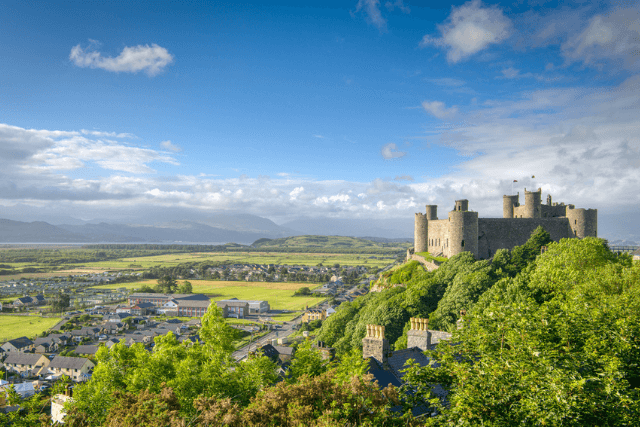 Harlech Castle is part of the Castles of Gwynedd World Heritage Site created in 1984 and one of the mighty castles of North Wales. Whilst the Slate Landscape of Northwest Wales was added to the list in 2021. 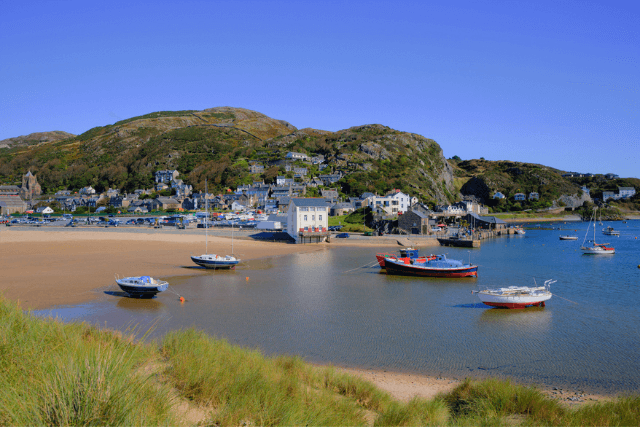 8. It’s one of the Wettest Places in the UK 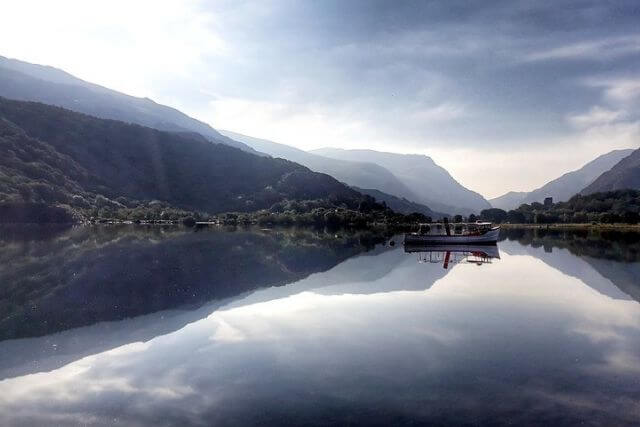 Snowdonia’s Crib Goch receives an average rainfall of 4,473mm per year, making it one of the wettest spots in the UK. Heading to Snowdonia on your next staycation? Bring your raincoat and wellies!

But don’t worry, there are plenty of things to do in North Wales when it’s raining. Snowdonia is a stunning location, come rain or shine.

9. Over 58% Of Snowdonia National Park’s Population Are Fluent Welsh Speakers 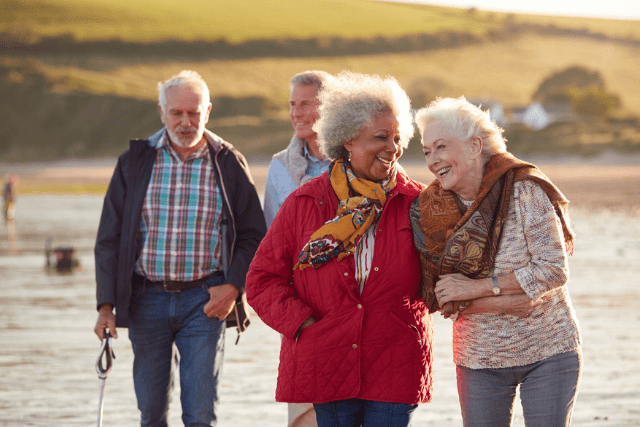 Welsh is one of the oldest languages in Europe.

Today there are galleries, theatres, museums, concert halls and libraries throughout Snowdonia National Park, all of which host and support the hundreds of Welsh language cultural activities that take place in the region every year.

Has our list of fascinating facts about Snowdonia inspired you to visit this delightful national park? Enjoy a staycation to remember and check out the biggest and best events in Snowdonia or our favourite things to do in Snowdonia to make your visit one to remember. 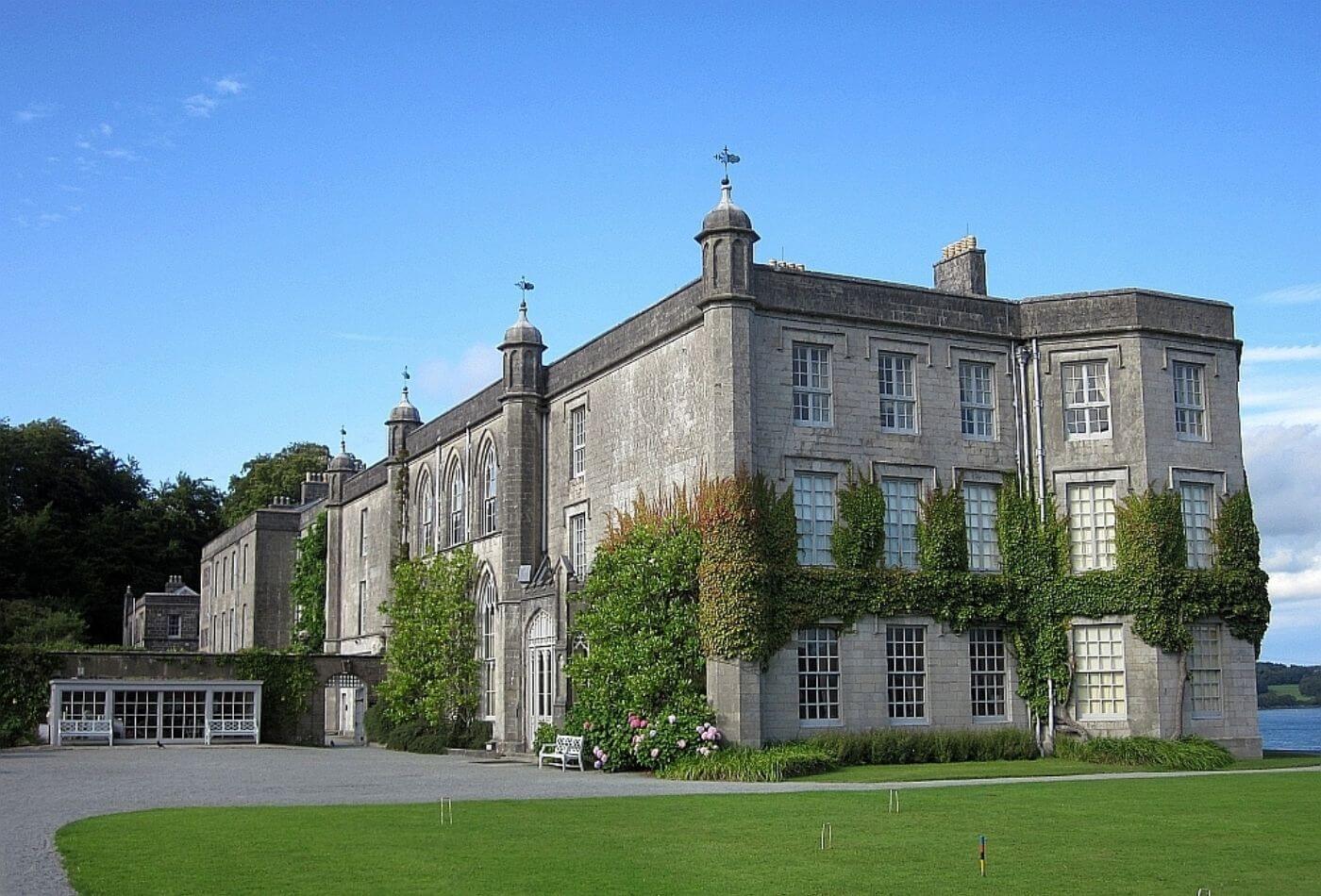 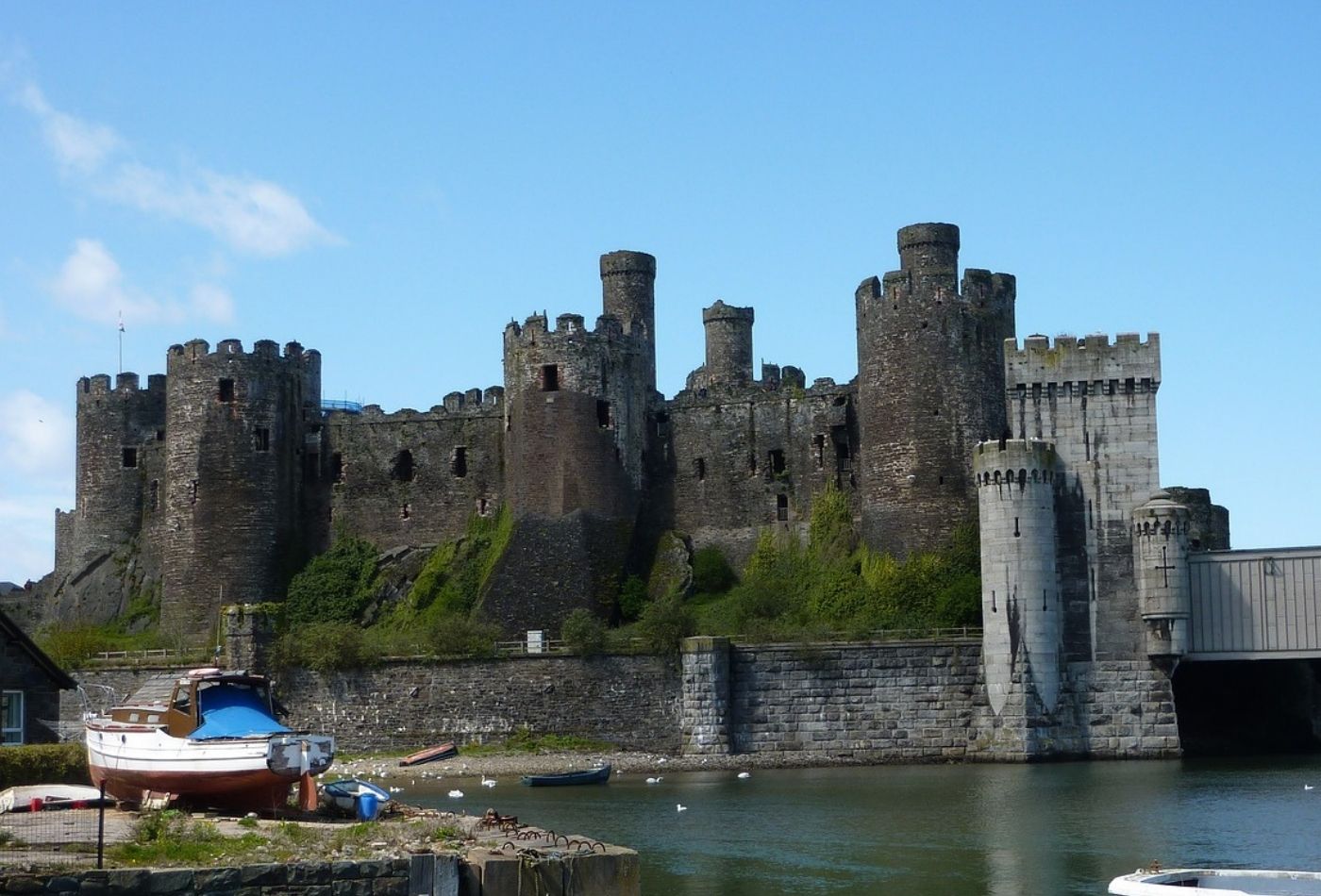 North Wales is famous for its rugged coastline, dramatic mountains and golden sandy beaches. However, often overlooked is the...