Four and a half thousand years ago – around the time of the building of Stonehenge in England and the Great Pyramids of Egypt – a new metalworking technology made its way to North Wales from continental Europe. People had learned how to blend copper and tin to make sharp bronze tools and weapons. With this discovery came changes to the ways of life here.

The first farmers of the New Stonge Age moved enormous boulders (‘megaliths’) to build communal burial chambers such as Bryn Celli Ddu on Anglesey, but now their Bronze Age descendants began to bury their dead in small single graves. The stone working knowledge of the ancestors was not forgotten. The ancient skills went into the fashioning of tall pillars of rock which, after slotting into pits dug in the ground, could be hauled upright.

Many standing stones still remain in place as you travel along the country lanes you may spot one in a field. Nearly fifty can be seen on Anglesey, although twenty others (now lost) had been recorded a hundred years ago. Even more form part of the Gwynedd landscape. Cattle use them now as rubbing posts, but what was their significance to people who erected them? We can speculate, but will never fully understand. This enduring mystery is of course all part of their attraction.

Archaeologists can offer suggestions that might explain their purpose but there is insufficient evidence to confidently declare them as facts; excavation has shown that some standing stones are at the sites of burials, but many more are not. Perhaps they had a ceremonial significance? Maybe they commemorated events or territorial agreements? When the standing stones are arranged in groups, was this to align them with the movements of the sun? Did they mark paths tracks?

When the theories of amatuer antiquarians are not supported by empirical proof archaeologists are naturally sceptical. In 1723 Henry Rowlands associated Anglesey’s ancient stones with the ceremonies of the Druid priests, which we know were from the later Iron Age. In 1927 another Anglesey man suggested that the islands stones could be chartered on ‘ley-lines’, which he interpreted as the routes of early tracks, and others believed to be the pathways of mystical energy. But just try this: walk up to a standing stone and place your hand flat upon it. Close your eyes and consider that – four thousand years ago – another hand was touching the very same surface. Yes, four thousand years ago.

The standing stones of North-West Wales are often hidden in the countryside, but most are marked on Ordnance Survey maps.

In Gwynedd, three miles south of Harlech, the two Llanbedr Stones [OS map reference SH583270], one of them pointed, may indicate the start of an important Bronze Age trackway that led inland; The Llech Idris Stone [SH731311] is another marked along that route. Legend tells that the Glasfryn Stone [SH403425] on the Llyn is a woman turned to stone as punishment for not replacing the cover of a well. Folklore such as this is associated with many other ancient sites.

Worth visiting on Anglesey is the pair of 3-metre standing stones at Penrhos-Feilw [SH227809] off the Trearddur Bay to South Stack road. The tall, wide Soar Stone [SH319863], beside the A5025 close to Llanfaethlu, is also impressive, and south of Cemaes a footpath leads to a unique group of three stones, the enigmatic Llanfechell Triangle [SH364916]. Near Brynsiencyn the huge Bryn Gwyn Stones {SH462669], perhaps once part of a stone circle, stand either side of a field gate. For good introductions to the history of the region, Storiel (the new museum in Bangor) and Oriel Ynys Mon (the Anglesey museum at Llangefni) offer free admission and informative displays.

Robert Williams has compiled museum and gallery exhibitions throughout wales. His award-winning guide to Anglesey, now in its third edition, has the island’s motto as it’s title: Mon Mam Cymru (‘Anglesey, Mother of Wales’). On sale at Oriel Ynys Mon, or post free from www.llyfrau-magma.co.uk. 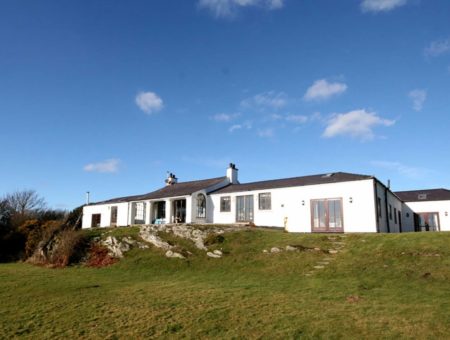 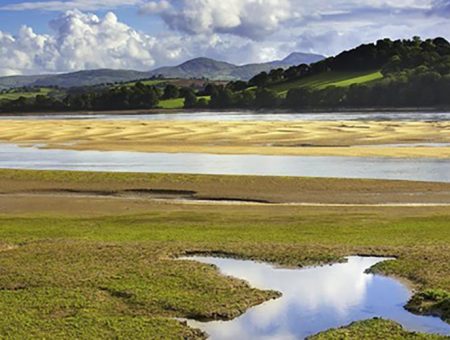