Enjoy an out of season break in North Wales

Why you should visit North Wales out of season

Who says summer is the cut off for enjoying all the North wales has to offer? When September rolls around each year, there’s a common misconception that it’s no longer the time of year for exploring or holidaying at home in the UK. In reality, September can often be a drier month than August and then there’s the fact that the crowds are a little thinner. Out of season you can enjoy the most popular places with relative ease compared to the height of summer!

Since September began there’s been a very early morning car boot haul for me and my fiancé Pete, our Marketing Manager Nicole has enjoyed a drink (or two) in the late summer sunshine and not to mention endless evenings being able to get out into the garden – it’s been super! 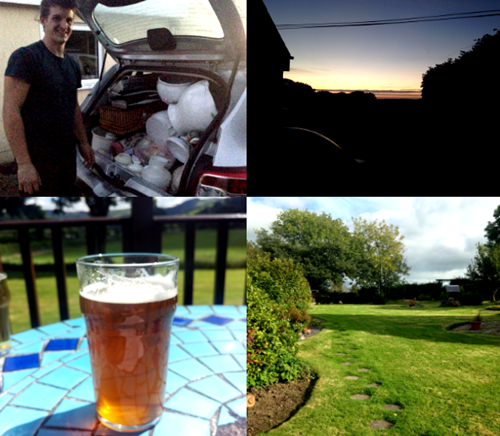 Just because it’s September, it doesn’t mean you can’t enjoy a stroll on the beach or dip a toe or two in the sea. You can still pack up a picnic and head out for a day of adventure. Why not make the most of those walking boots and aim to complete sections of the Wales Coast Path, perhaps? Spend the day down the Llŷn Peninsula, take in the scenery in Snowdonia or admire all of Anglesey.

Look at the spectacular sunrise captured by Nicole from Criccieth this October (below left), or the sun shining through my dining room early on a September Saturday morning. These snaps show that North Wales is just as beautiful out of season. 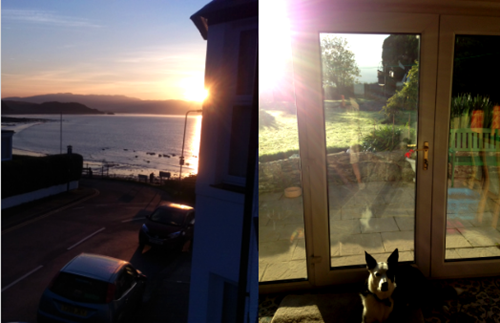 Last weekend (at the beginning of October) I had the chance, with an extra day off, to enjoy a long weekend, and decided to get out and about in North Wales. Below is a picture I took from the car as we drove towards the Llŷn Peninsula, you really wouldn’t believe it was October!

As we made our way to Morfa Nefyn we couldn’t believe how bright blue the sky was and how crystal clear the views were. Considering it was early on a Sunday morning plenty of people had had the same idea as us and the beach was fairly busy. We had a wonderful time walking the coastline, enjoying the beach and the spectacular views!

On Monday we decided to venture towards Llanbedrog. We strolled the beach in our t-shirts (in October!) and the dog was thankful for a swim in the sea to cool off! We ate at The Galley, which if you have been to Llanbedrog you will know it is perched just at the end of the leafy lane right on the beach. It was certainly a lunch with a view and it was lovely to see so many people out and about. With young families relishing the chance to spend time outside playing by the sea and dog walkers on their daily constitutionals – it was fantastic to see North Wales still bustling as we head towards autumn!

It just shows you shouldn’t write off a getaway after the summer months! September may surprise you and in October as the evenings draw in and get a bit cooler it’s the perfect excuse to light up that log burner and snuggle down before another day’s adventure! We have an array of cottages covering all corners of North Wales, offering plenty of choice for that out of season break away. 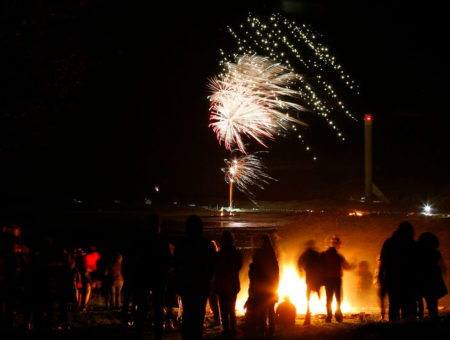 Bonfire Night North Wales 2019: Where to Watch the Fireworks

The lead up to Christmas is a wonderful time of year. October has all the fun and delight that... 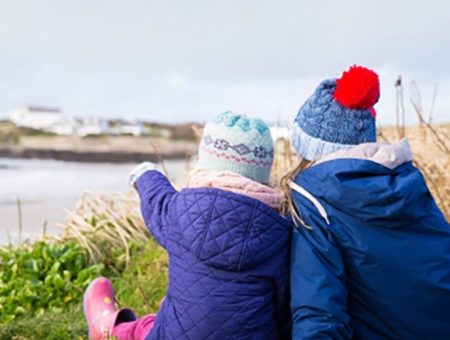 Call me an old romantic but I still love the simple pleasures in life. Vowing each time I relax... 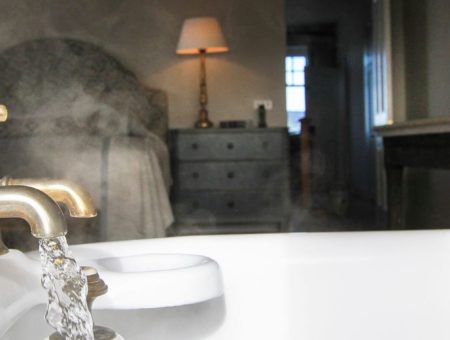 Our favourite baths to sink into this Autumn

Long walks in North Wales can only be truly perfect if you have a lovely, hot soapy bath to...